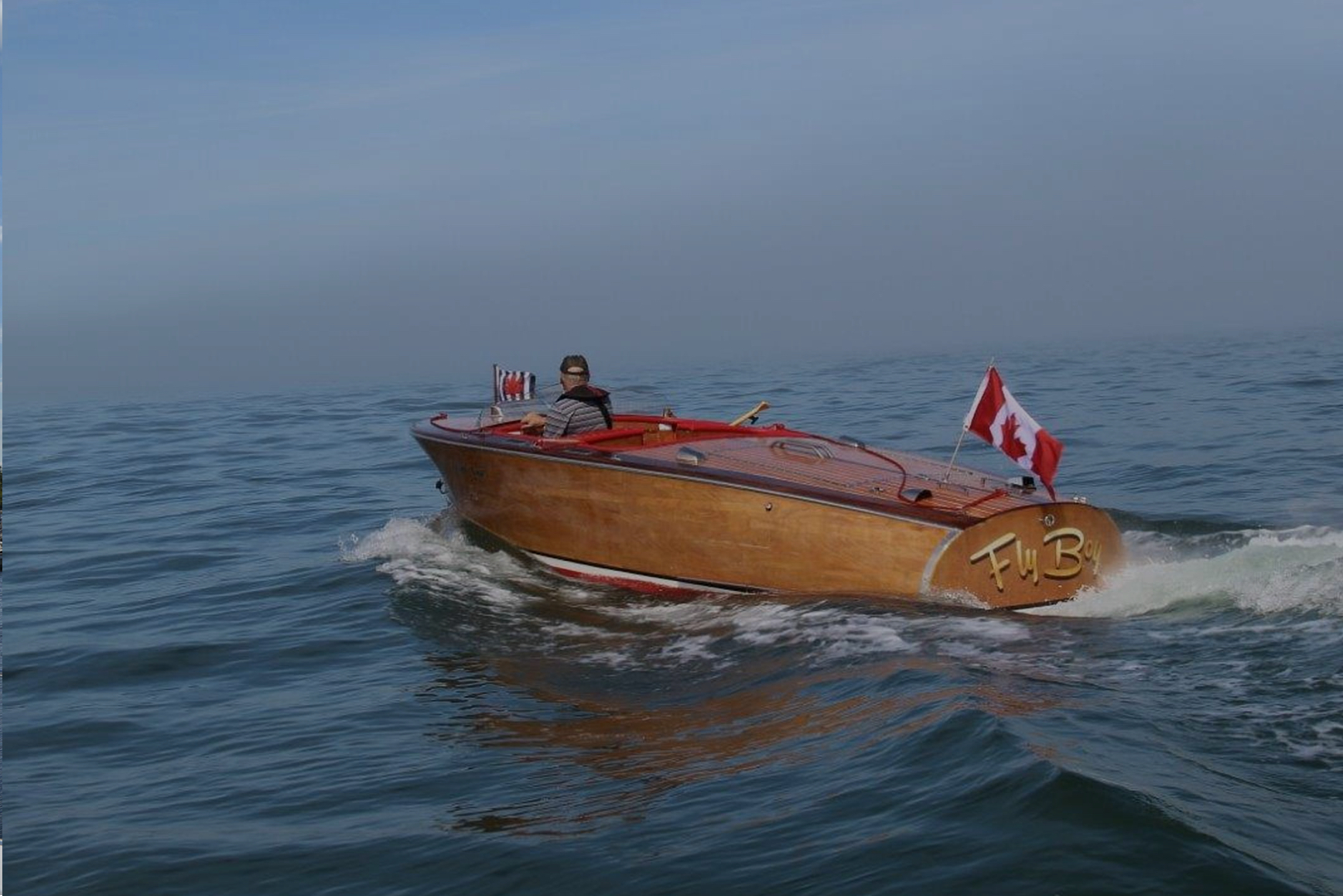 CPS-ECP is recognized as the foremost educational boating authority, delivering safe boating in Canada for over 80 years

A committed community of experienced boaters.

It began in 1938, when three members of the Windsor Yacht Club crossed the Ambassador Bridge into Detroit, Michigan. Under the direction of the Detroit Power Squadron, Fred Dane, George Ruel, and G. William Bowman passed the USPS Junior Piloting Course. They soon formed the ﬁrst Squadron in Canada, Windsor Power Squadron, with G.William Bowman as its ﬁrst Commander. He later became the ﬁrst Chief Commander of Canadian Power Squadrons.

Between 1939 and 1946, the organization went into semi-hibernation, chieﬂy due to the lack of fuel, and involvement in World War II. In spite of this, a nucleus of members under Chief Commander Harry McGladdery worked to secure a Dominion Charter, granted on October 27, 1947. They also designed our ﬂag, registered June 14, 1948.

In the early days, a great many ﬁnancial burdens were paid out of the members’ own pockets. Proof of this cash shortage is reﬂected in the ﬁrst AGM “Statement of Affairs – October 31, 1949.” It shows, as an asset “Cash in hand – $8.81.” A far cry from today’s ﬁnancial statements! Regardless of the low-fund situation, anticipation was high that expansion was inevitable.

Existing Squadrons were growing and teaching advanced courses. New chapters were formed in Ottawa, and Montreal. Membership doubled within a year. It became evident that a more centrally located area would better serve the organization. Thus, at the ﬁrst AGM, held at the Royal York Hotel, in Toronto, November 26, 1949, it was resolved to relocate in Toronto. When headquarters was transferred, it was not to a prestigious ofﬁce complex, but to P/C/C Alex Neville’s garage in west Toronto.

To obtain course material shipped from the US, members had to make an appointment. In those days, our principal textbook was the famous Chapman’s. A truckload of material could arrive unannounced anytime at ‘garage headquarters’. Such a shipment arrived one day, much to the chagrin of Marg Neville. The shipment was accompanied by an uncooperative driver who commented: “I drive the truck, lady, you unload it.” A hasty telephone call to Alex had the delivery re-routed to his workplace. For the next few weeks, materials were brought back to headquarters in the trunk of Alex’s car. Surely, a labour of love.

The Port Hole Is Born

In 1951, the ﬁrst edition of The Port Hole made its appearance as a news sheet. Published by Toronto Squadron, it consisted mainly of Squadron reports within the organization. It later became the ofﬁcial publication of CPS-ECP and remains its most important communication vehicle, now published as an insert in Canadian Yachting Magazine.

Changes were made in 1959 to accommodate the district structure which saw District Commanders replace Squadron Commanders as Board members. The district territorial formation at that time was basically the same as it exists today, except for a few additional districts formed in recent years to accommodate continued membership growth.

Over the next few years, the phenomenal growth of CPS-ECP was continuing at a good pace: French speaking squadrons were emerging, and some course material was ‘home’ produced, a sure sign that the organization was heading towards self sufﬁciency.

What Have We Accomplished?

CPS-ECP is now recognized as the largest organization of its kind in the world, per capita. Accepted as the foremost educational boating authority in Canada; a consultant with Canadian Coast Guard; and an advisor of aids to navigation for the Canadian Hydrographic Service, through the MAREP/Marine Reporting Programme.

Many local law enforcement agencies and municipal authorities consult CPS-ECP on matters of training and navigational hazards. Training has been given by our members across Canada to such organizations as the Boy Scouts, Sea Cadets, and law enforcement agencies, to name but a few. Whenever requested, our members are available to teach, lecture, or advise on boating safety.

Probably the most dramatic change within the CPS-ECP organization is the integration of the “stink potter” and the “ragman” into one cohesive body. In 1985, we changed our name to represent both Sail and Power, and to recognize bilingualism as an important part of our educational responsibility. We became Canadian Power and Sail Squadrons/Escadrilles canadiennes de plaisance (CPS-ECP).

CPS-ECP has also been the recipient of several awards and recognition for our work in safe boating education.

We offer a range of events and services nationally. 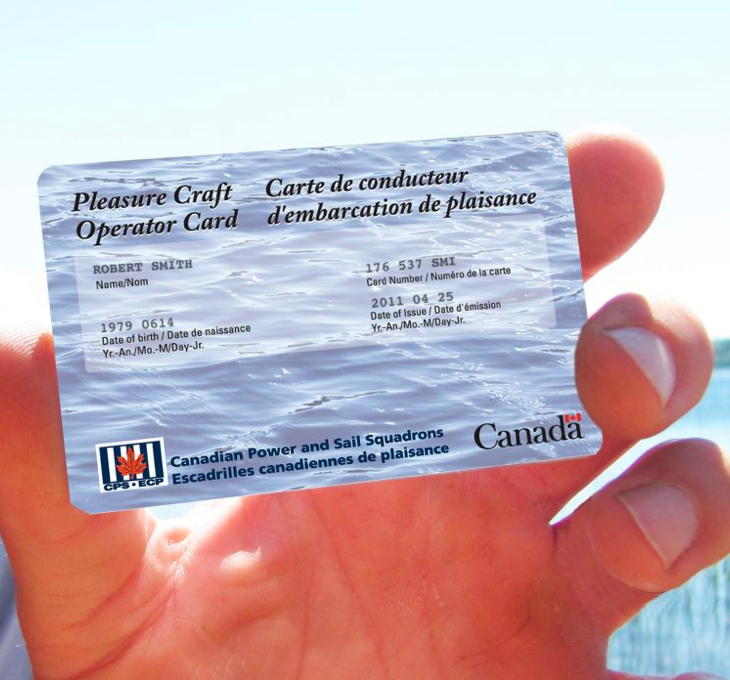 Get Your Boating License 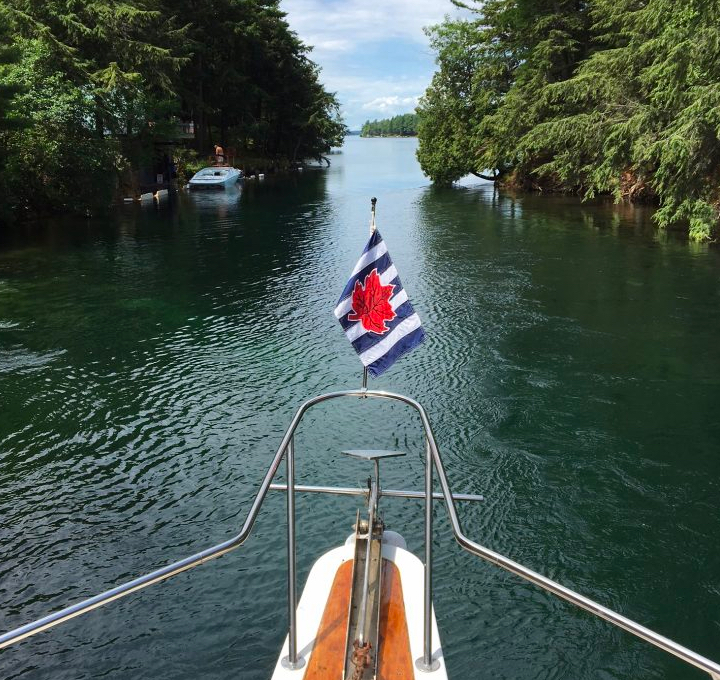 CPS-ECP is recognized as the foremost educational boating authority in Canada.